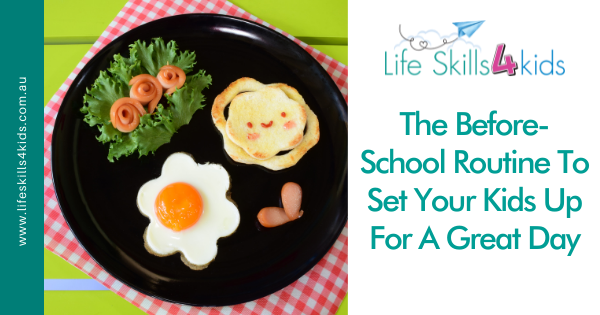 This post has been republished with permission from kidspot.com.au
Kidspot and PediaSure know that your kids are awesome in what they do, what they say, and how they grow. 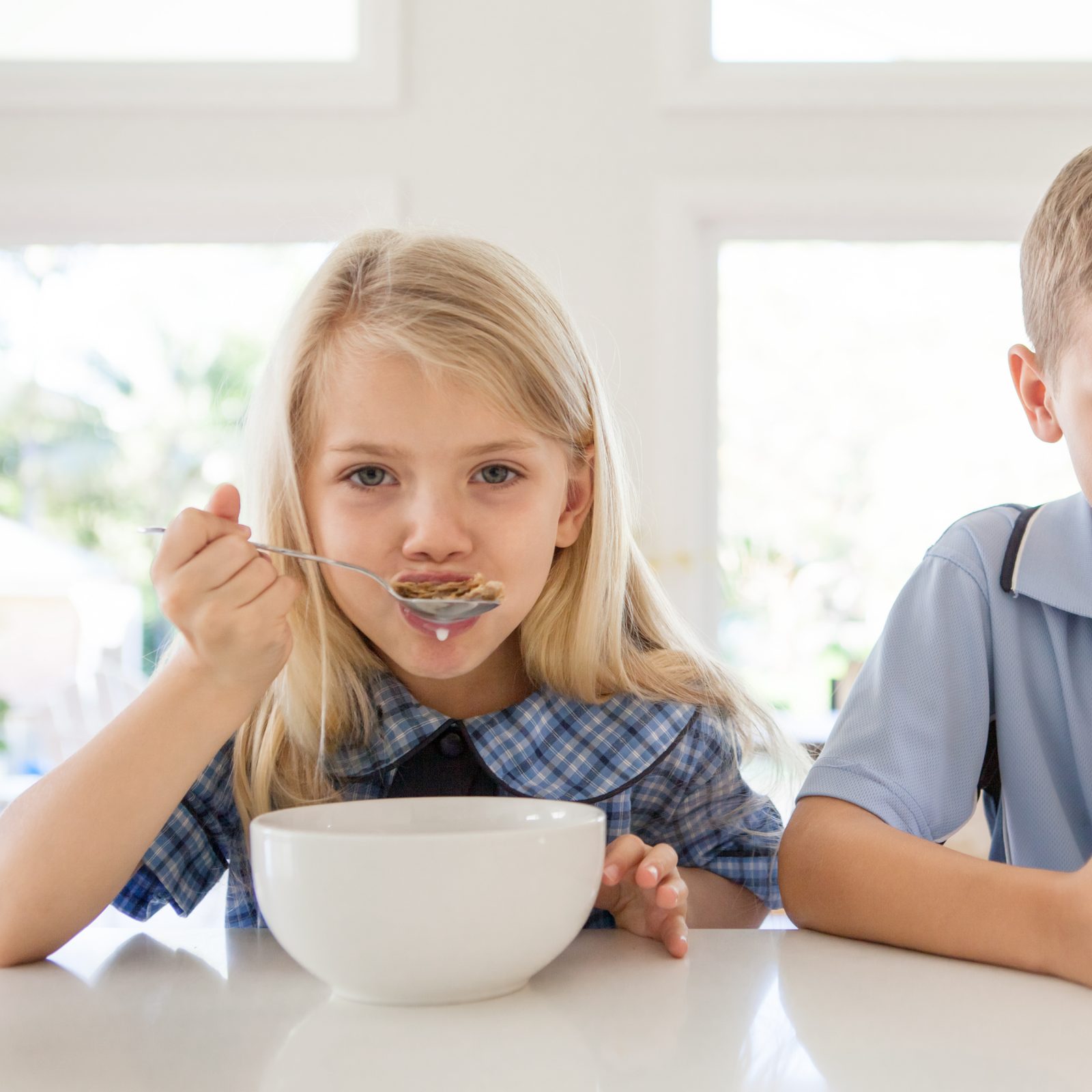 When young kids grow and begin learning about the world, their brains light-up with new skills, new words and new expectations. Mostly, they’re excited about their new discoveries, but sometimes they can get overwhelmed, so it’s important to make sure they’re well-equipped to cope.
Science says the best way to set your kids up for success is with a predictable morning ritual. In fact, according to a long-term US-based study published in the Journal of Developmental and Behavioural Paediatrics in 2014, young children who have strong routines with their families tend to be emotionally healthier and better adjusted socially than kids who don’t.

Start with a good sleep and a good breakfast

Melbourne-based psychologist Stephanie Lau tells Kidspot the best way to start is with a solid night’s sleep and a nutritious breakfast. When it comes to things like getting dressed, brushing teeth and asking kids to help pack their bags, consistency helps kids know what to expect.
“Ensuring they sleep at a consistent time and get a good number of hours to be able to function and actually engage in the morning routine is really important … You can also use the night before to your advantage. If there’s a new activity on the next day, you can talk about it before they go to sleep so they wake up knowing what’s going to happen and what’s expected of them,” she says.
“Making sure kids eat as part of their morning routine is also important in terms of helping them concentrate and maintaining their energy levels throughout the day.”

Predictability and consistency are key 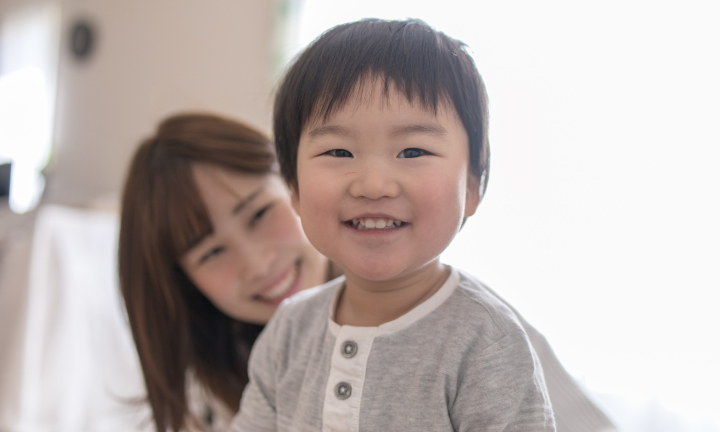 Stephanie says predictability reinforces a young child’s sense of security because they understand what’s happening around them and they can anticipate tasks which helps develop independence.
“We can reinforce routines by setting them out visually so they can learn to follow a schedule and monitor their progress. When they’re able to grow independent in doing that, they can also learn to be independent in other areas as well,” she says.
“Kids thrive on positive attention and when they know what the expectations are, you can reinforce that behaviour with good feedback and rewards.”

Build movement into your morning ritual

Occupational therapist Deb Hopper, who runs Life Skills 4 Kids at Forster in New South Wales, says it’s important to be aware of children’s energy levels and build movement into your morning ritual.
“Some kids wake up and their level is really high or really low … they might be bouncing off the walls or crawling around like a turtle. You can use movement to get kids to wake up or to calm them down. For the child you can’t get out of bed, stimulate their senses. You could try putting music on or getting them to lie in bed and stretch their fingers, stretch their arms, stretch their legs,” she says.
“For those kids who are really hyperactive, they might need 10 minutes on a trampoline, or if that’s not available, a movement they can focus on. Often kids are like that because they’re seeking a muscle input; their nervous systems can’t control it and they get too busy.”

Setting tasks out visually can help kids navigate the morning routine. Deb says from her own personal experience, it’s also a great way to save mum and dad some sanity.
“We all get sick of telling kids what to do and reminding them over and over, so one strategy I recommend – that I used on my own kids – is having a picture list,” she laughs.
“Rather than sounding like a broken record, you say to them: ‘You tell me what’s next, go and check your board and then do it’. You encourage them to problem-solve a lot more, and they feel better about themselves. Often kids love ticking things off as they go.”

Avoid screen-time if you can 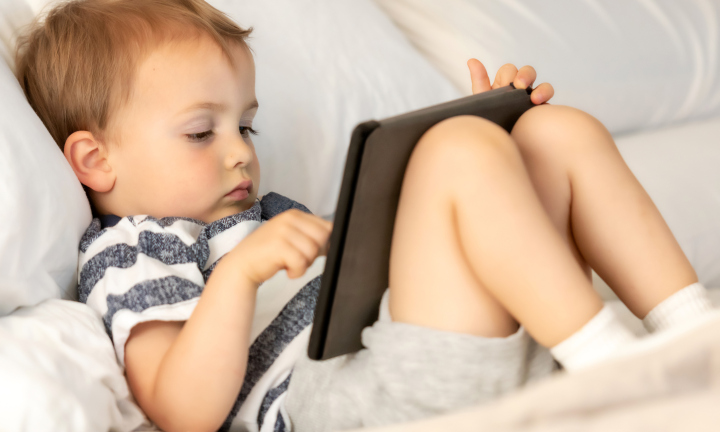 Although slightly daunting, one thing parents should consider excluding or limiting in their morning rituals is screen-time, because of the profound effect it has on children’s brains.
Tracey Maynard, from St Hilda’s Girls School on the Gold Coast, says it’s all about moderation.
“If you’re trying to get one dressed and you’ve got a couple of little ones running around the house, you can use it effectively. You could have a digital tool that reminds little ones of their routine or part of it might be a reward system. We don’t want kids to come to school having been in a trance, but a sensible and moderate approach works,” she tells Kidspot.

Try not to stress out too much

The other important thing to remember is that your stress is not a good thing.
“Do what you have to do to ensure your anxiety isn’t affecting them in the morning. Be organised and have a plan, and include your children where possible,” recommends Tracey.
She tells Kidspot the stress level at home is noticeable in junior school classrooms.
“If mum and dad are calm in the morning, you see that in children. If kids come rushing in and they haven’t had breakfast, if they haven’t brushed their hair, if they’re missing things, it does affect them throughout the day,” she says.
“It’s important to prioritise. What kinds of things can you do the evening before? What’s a realistic expectation? Parents try to be superwomen and supermen, but it’s important not to put undue pressure on yourself in the morning.”
Brought to you by PediaSure. If your kid is fussy, add a delicious PediaSure shake with breakfast. The new PediaSure is available in vanilla, chocolate and strawberry – available now at your local pharmacy. Learn more.

We use cookies on our website to give you the most relevant experience by remembering your preferences and repeat visits. By clicking “Accept All”, you consent to the use of ALL the cookies. However, you may visit "Cookie Settings" to provide a controlled consent.
Cookie SettingsAccept All
Manage consent

This website uses cookies to improve your experience while you navigate through the website. Out of these, the cookies that are categorized as necessary are stored on your browser as they are essential for the working of basic functionalities of the website. We also use third-party cookies that help us analyze and understand how you use this website. These cookies will be stored in your browser only with your consent. You also have the option to opt-out of these cookies. But opting out of some of these cookies may affect your browsing experience.
Necessary Always Enabled
Necessary cookies are absolutely essential for the website to function properly. These cookies ensure basic functionalities and security features of the website, anonymously.
Functional
Functional cookies help to perform certain functionalities like sharing the content of the website on social media platforms, collect feedbacks, and other third-party features.
Performance
Performance cookies are used to understand and analyze the key performance indexes of the website which helps in delivering a better user experience for the visitors.
Analytics
Analytical cookies are used to understand how visitors interact with the website. These cookies help provide information on metrics the number of visitors, bounce rate, traffic source, etc.
Advertisement
Advertisement cookies are used to provide visitors with relevant ads and marketing campaigns. These cookies track visitors across websites and collect information to provide customized ads.
Others
Other uncategorized cookies are those that are being analyzed and have not been classified into a category as yet.
SAVE & ACCEPT
Share This